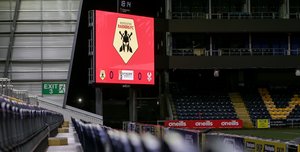 Worcester Raiders Joint Manager Mark Owen has taken a break from his role at Sixways for the next three months for personal reasons.

The former Worcester City striker joined the club in October of last year and has since steered Raiders to the top of Uhlsport Hellenic League Division One going into the business end of the campaign.

Karl Gormley will assume the role of Manager during this period, with UEFA B licensed coach Richard Upton continuing in his role as Assistant Manager.

Raiders Chairman Steve Harris said: “Mark has done a first-class job since his appointment last autumn and we are supporting him whilst he is not with us.

“We hope to have him back at Sixways soon and in the interim we will continue to provide Karl with all the resources he needs in order to challenge for promotion.”

Danny Scheppel has joined the club as First Team Coach to assist Gormley and Upton ahead of Raiders’ next game against Hereford Pegasus at Sixways on Saturday 22 January (kick-off 3pm).

“I speak on behalf of everyone at Worcester Raiders in sending our best wishes to Mark, who has done a superb job since his arrival to Sixways,” said Gormley.

“We have a crucial run of games coming up in quick succession starting with Hereford next week, and I’m looking forward to the challenge of guiding the club to what we hope is a successful season.”